Attending the inauguration ceremony were former President Nguyen Minh Triet; Member of the Party Central Committee, Binh Duong Provincial Party Committee Secretary Tran Van Nam; Ambassador of the Republic of Finland, Vietnam Kari Kahiluoto; representatives of ministries, branches, leaders and former leaders of Binh Duong province.
The project of Binh Duong waste treatment complex has been implemented since 2004 to contribute to reducing pollution in Binh Duong province in the process of strong industrial and urban development and at the same time establishing good waste treatment technology. , save resources and create many useful products for society.
The project is implemented in two phases with an investment capital of 30.5 million USD, including ODA loans and reciprocal capital of the province; Particularly, the second phase has a total investment of more than VND 180 billion, of which ODA from Finland is nearly VND 131 billion.
With the second phase in operation, the waste treatment complex has completed quite modern waste recycling and waste treatment technology items, including: the domestic waste recycling plant for composting. with a capacity of 840 tons/day, an industrial and hazardous waste incinerator with a capacity of 320 tons/day, a medical incinerator with a capacity of 3 tons/day, a leachate treatment system with a capacity of 1,000 m3 and treatment wastewater treatment industry 50 m3 / day. 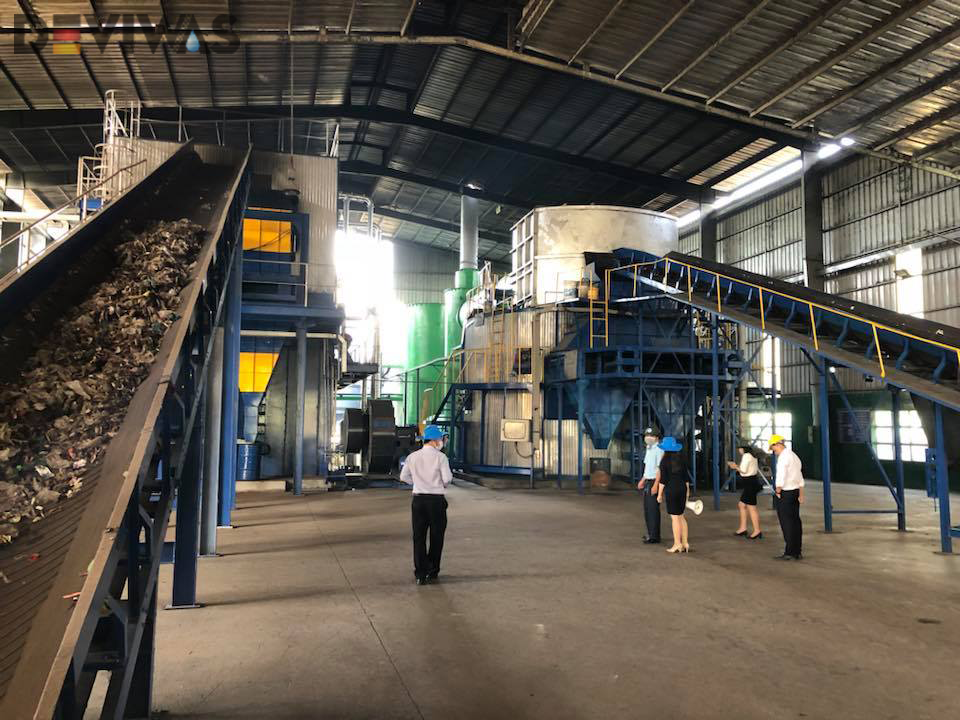 Featuring a closed waste treatment technology, the waste treatment complex also uses biogas from waste to generate electricity with a capacity of 2,000 kwA, recycling wastewater sludge with a capacity of 100 tons/day for production. export construction bricks …
Mr. Nguyen Van Thien, Chairman of the Biwase Board of Directors, the investor of the Binh Duong Waste Treatment Complex said: After 13 years of operation, the Complex now receives 1,200 tons of domestic waste and 400 tons of waste daily. industry, 200 tons of hazardous industrial waste and 3 tons of medical waste. In the coming time, when the Complex is fully invested in accordance with the plan, it will increase the ability to receive and handle over 4,000 tons of waste of all kinds/day in order to contribute to preserving the green and clean environment for Binh Duong province.